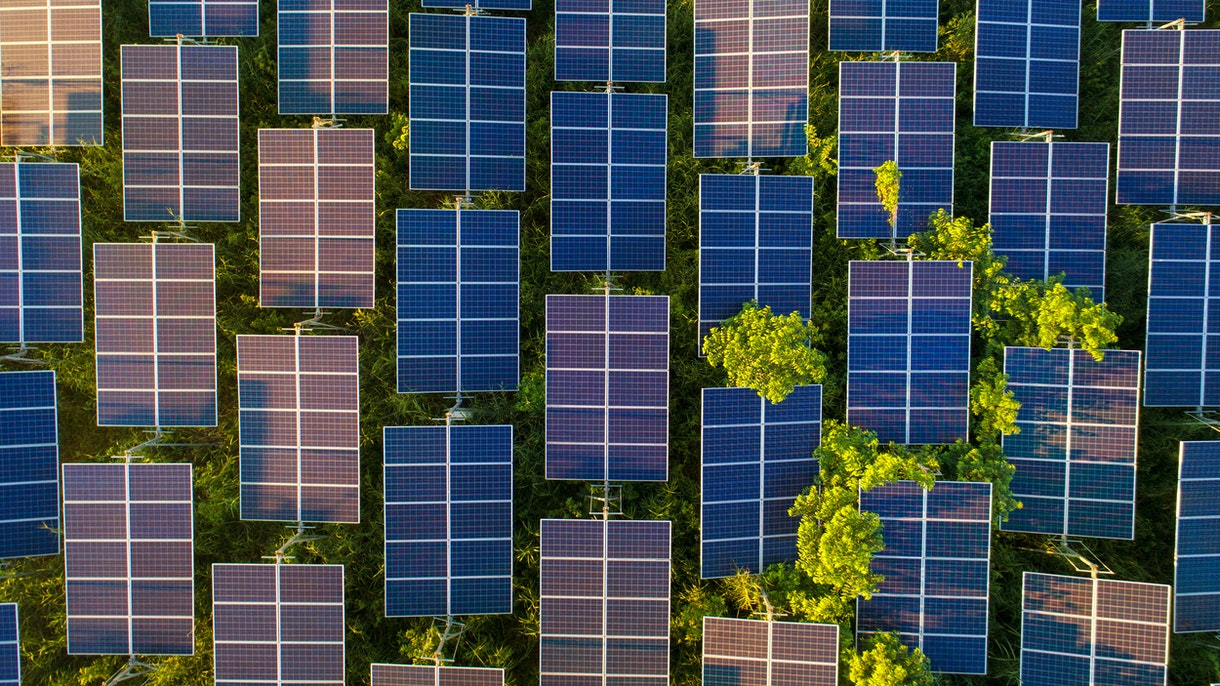 Pathway to critical and formidable goal of net-zero emissions by 2050 is narrow but brings huge benefits, according to IEA special report

The world has a viable pathway to building a global energy sector with net-zero emissions in 2050, but it is narrow and requires an unprecedented transformation of how energy is produced, transported and used globally, the International Energy Agency said in a landmark special report released today.

Climate pledges by governments to date – even if fully achieved – would fall well short of what is required to bring global energy-related carbon dioxide (CO2) emissions to net zero by 2050 and give the world an even chance of limiting the global temperature rise to 1.5 °C, according to the new report, Net Zero by 2050: a Roadmap for the Global Energy Sector.

The report is the world’s first comprehensive study of how to transition to a net zero energy system by 2050 while ensuring stable and affordable energy supplies, providing universal energy access, and enabling robust economic growth. It sets out a cost-effective and economically productive pathway, resulting in a clean, dynamic and resilient energy economy dominated by renewables like solar and wind instead of fossil fuels. The report also examines key uncertainties, such as the roles of bioenergy, carbon capture and behavioural changes in reaching net zero.

“Our Roadmap shows the priority actions that are needed today to ensure the opportunity of net-zero emissions by 2050 – narrow but still achievable – is not lost. The scale and speed of the efforts demanded by this critical and formidable goal – our best chance of tackling climate change and limiting global warming to 1.5 °C – make this perhaps the greatest challenge humankind has ever faced,” said Fatih Birol, the IEA Executive Director. “The IEA’s pathway to this brighter future brings a historic surge in clean energy investment that creates millions of new jobs and lifts global economic growth. Moving the world onto that pathway requires strong and credible policy actions from governments, underpinned by much greater international cooperation.”

Building on the IEA’s unrivalled energy modelling tools and expertise, the Roadmap sets out more than 400 milestones to guide the global journey to net zero by 2050. These include, from today, no investment in new fossil fuel supply projects, and no further final investment decisions for new unabated coal plants. By 2035, there are no sales of new internal combustion engine passenger cars, and by 2040, the global electricity sector has already reached net-zero emissions.

In the near term, the report describes a net zero pathway that requires the immediate and massive deployment of all available clean and efficient energy technologies, combined with a major global push to accelerate innovation. The pathway calls for annual additions of solar PV to reach 630 gigawatts by 2030, and those of wind power to reach 390 gigawatts. Together, this is four times the record level set in 2020. For solar PV, it is equivalent to installing the world’s current largest solar park roughly every day. A major worldwide push to increase energy efficiency is also an essential part of these efforts, resulting in the global rate of energy efficiency improvements averaging 4% a year through 2030 – about three times the average over the last two decades.

Most of the global reductions in CO2 emissions between now and 2030 in the net zero pathway come from technologies readily available today. But in 2050, almost half the reductions come from technologies that are currently only at the demonstration or prototype phase. This demands that governments quickly increase and reprioritise their spending on research and development – as well as on demonstrating and deploying clean energy technologies – putting them at the core of energy and climate policy. Progress in the areas of advanced batteries, electrolysers for hydrogen, and direct air capture and storage can be particularly impactful.

A transition of such scale and speed cannot be achieved without sustained support and participation from citizens, whose lives will be affected in multiple ways.

“The clean energy transition is for and about people,” said Dr Birol. “Our Roadmap shows that the enormous challenge of rapidly transitioning to a net zero energy system is also a huge opportunity for our economies. The transition must be fair and inclusive, leaving nobody behind. We have to ensure that developing economies receive the financing and technological know-how they need to build out their energy systems to meet the needs of their expanding populations and economies in a sustainable way.”

Providing electricity to around 785 million people who have no access to it and clean cooking solutions to 2.6 billion people who lack them is an integral part of the Roadmap’s net zero pathway. This costs around $40 billion a year, equal to around 1% of average annual energy sector investment. It also brings major health benefits through reductions in indoor air pollution, cutting the number of premature deaths by 2.5 million a year.

Total annual energy investment surges to USD 5 trillion by 2030 in the net zero pathway, adding an extra 0.4 percentage points a year to global GDP growth, based on a joint analysis with the International Monetary Fund. The jump in private and government spending creates millions of jobs in clean energy, including energy efficiency, as well as in the engineering, manufacturing and construction industries. All of this puts global GDP 4% higher in 2030 than it would reach based on current trends.

By 2050, the energy world looks completely different. Global energy demand is around 8% smaller than today, but it serves an economy more than twice as big and a population with 2 billion more people. Almost 90% of electricity generation comes from renewable sources, with wind and solar PV together accounting for almost 70%. Most of the remainder comes from nuclear power. Solar is the world’s single largest source of total energy supply. Fossil fuels fall from almost four-fifths of total energy supply today to slightly over one-fifth. Fossil fuels that remain are used in goods where the carbon is embodied in the product such as plastics, in facilities fitted with carbon capture, and in sectors where low-emissions technology options are scarce.

“The pathway laid out in our Roadmap is global in scope, but each country will need to design its own strategy, taking into account its own specific circumstances,” said Dr Birol. “Plans need to reflect countries’ differing stages of economic development: in our pathway, advanced economies reach net zero before developing economies. The IEA stands ready to support governments in preparing their own national and regional roadmaps, to provide guidance and assistance in implementing them, and to promote international cooperation on accelerating the energy transition worldwide.”

The special report is designed to inform the high-level negotiations that will take place at the 26th Conference of the Parties (COP26) of the United Nations Climate Change Framework Convention in Glasgow in November. It was requested as input to the negotiations by the UK government’s COP26 Presidency.

“I welcome this report, which sets out a clear roadmap to net-zero emissions and shares many of the priorities we have set as the incoming COP Presidency – that we must act now to scale up clean technologies in all sectors and phase out both coal power and polluting vehicles in the coming decade,” said COP26 President-Designate Alok Sharma. “I am encouraged that it underlines the great value of international collaboration, without which the transition to global net zero could be delayed by decades. Our first goal for the UK as COP26 Presidency is to put the world on a path to driving down emissions, until they reach net zero by the middle of this century.”

New energy security challenges will emerge on the way to net zero by 2050 while longstanding ones will remain, even as the role of oil and gas diminishes. The contraction of oil and natural gas production will have far-reaching implications for all the countries and companies that produce these fuels. No new oil and natural gas fields are needed in the net zero pathway, and supplies become increasingly concentrated in a small number of low-cost producers. OPEC’s share of a much-reduced global oil supply grows from around 37% in recent years to 52% in 2050, a level higher than at any point in the history of oil markets.

Growing energy security challenges that result from the increasing importance of electricity include the variability of supply from some renewables and cybersecurity risks. In addition, the rising dependence on critical minerals required for key clean energy technologies and infrastructure brings risks of price volatility and supply disruptions that could hinder the transition.

“Since the IEA’s founding in 1974, one of its core missions has been to promote secure and affordable energy supplies to foster economic growth. This has remained a key concern of our Net Zero Roadmap,” Dr Birol said. “Governments need to create markets for investments in batteries, digital solutions and electricity grids that reward flexibility and enable adequate and reliable supplies of electricity. The rapidly growing role of critical minerals calls for new international mechanisms to ensure both the timely availability of supplies and sustainable production.”

The full report is available for free on the IEA’s website along with an online interactive that highlights some of the key milestones in the pathway that must be achieved in the next three decades to reach net-zero emissions by 2050. 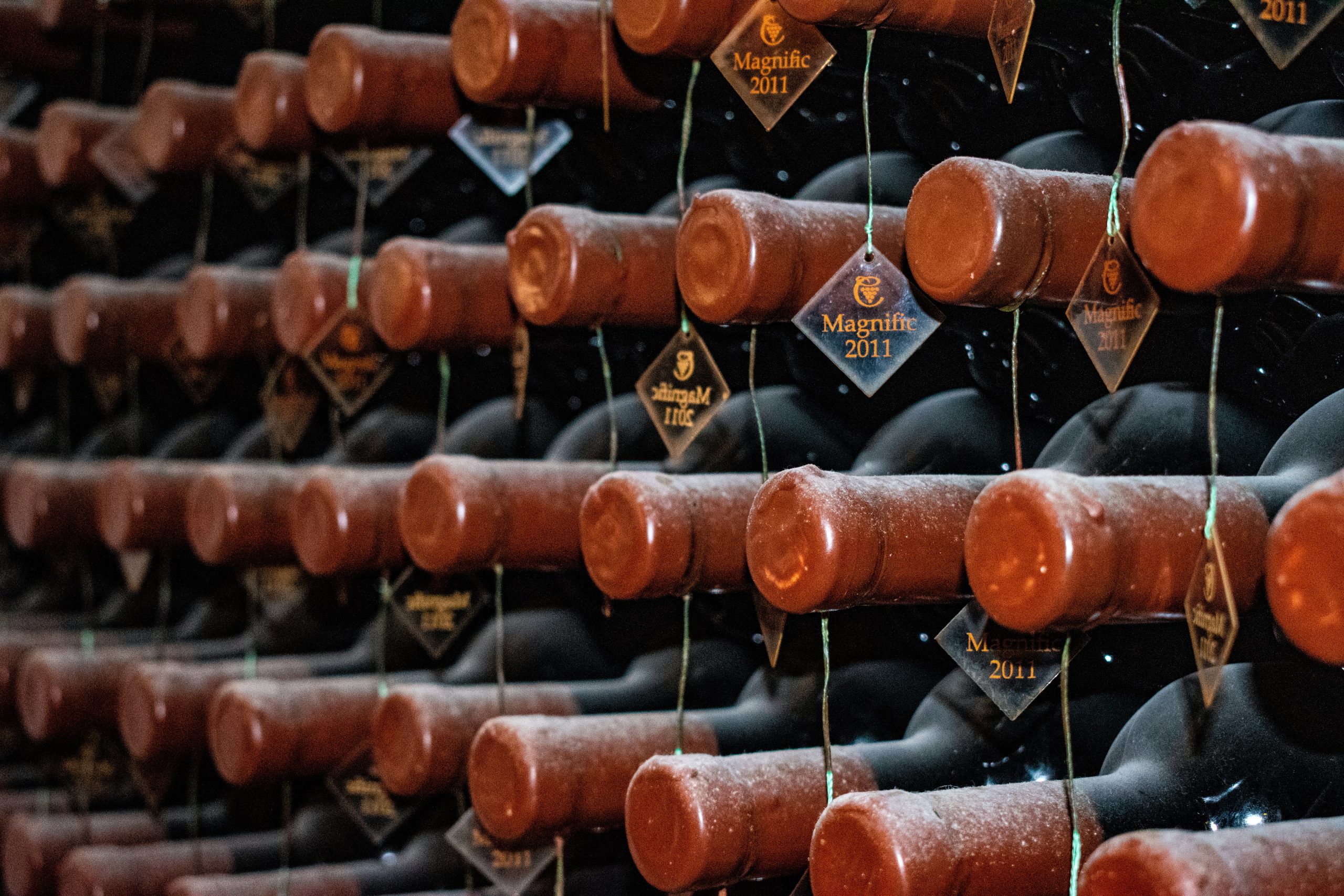 Investing In Wine: Put Your Money Where Your Mouth Is

source from Finance Mounthly During the pandemic, bottles of Bordeaux provided stronger returns than stashing cash in… 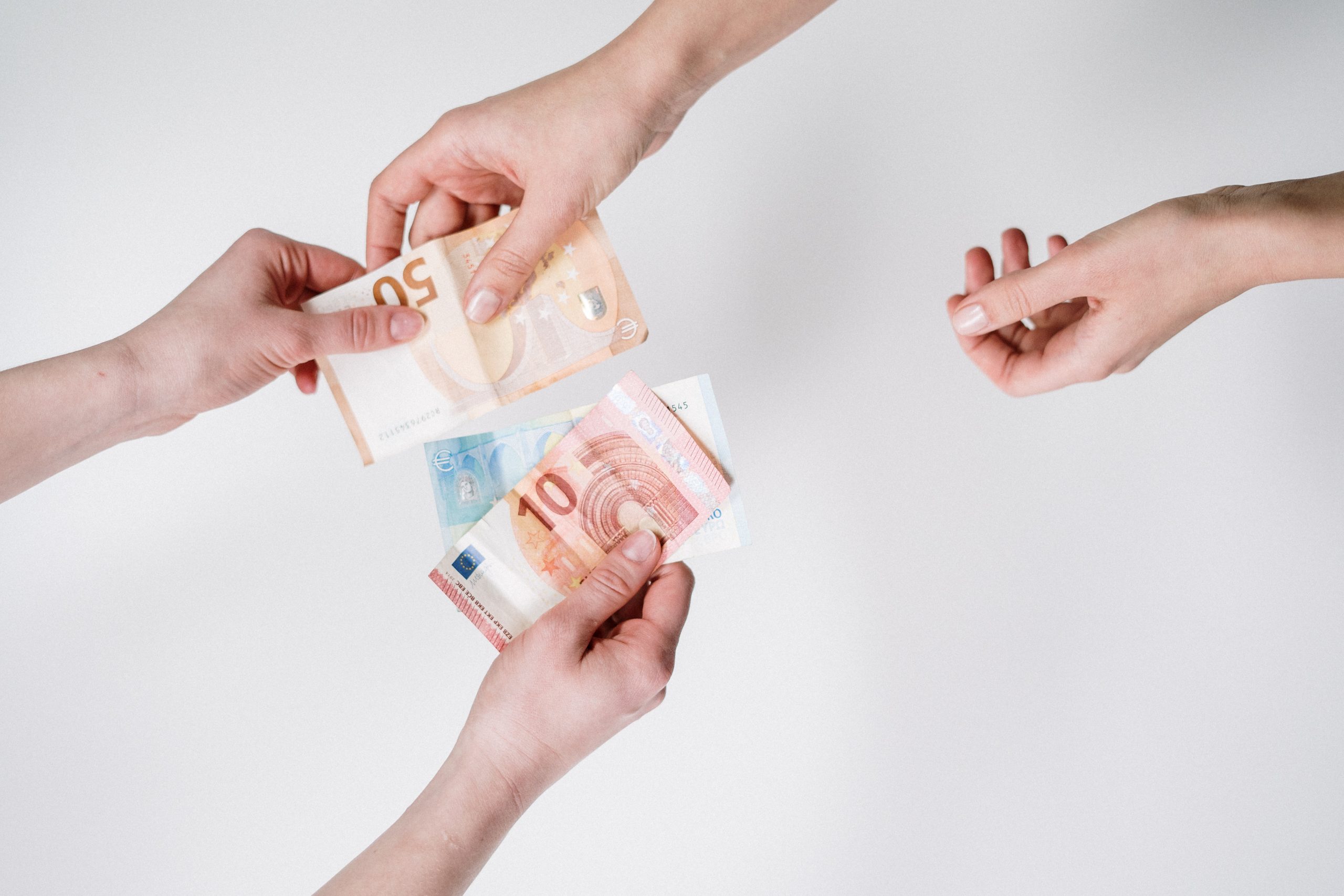 Why knowing your net worth is important

By JEAN FOLGER source from investopedia.com Your net worth is the amount by which your assets exceed… 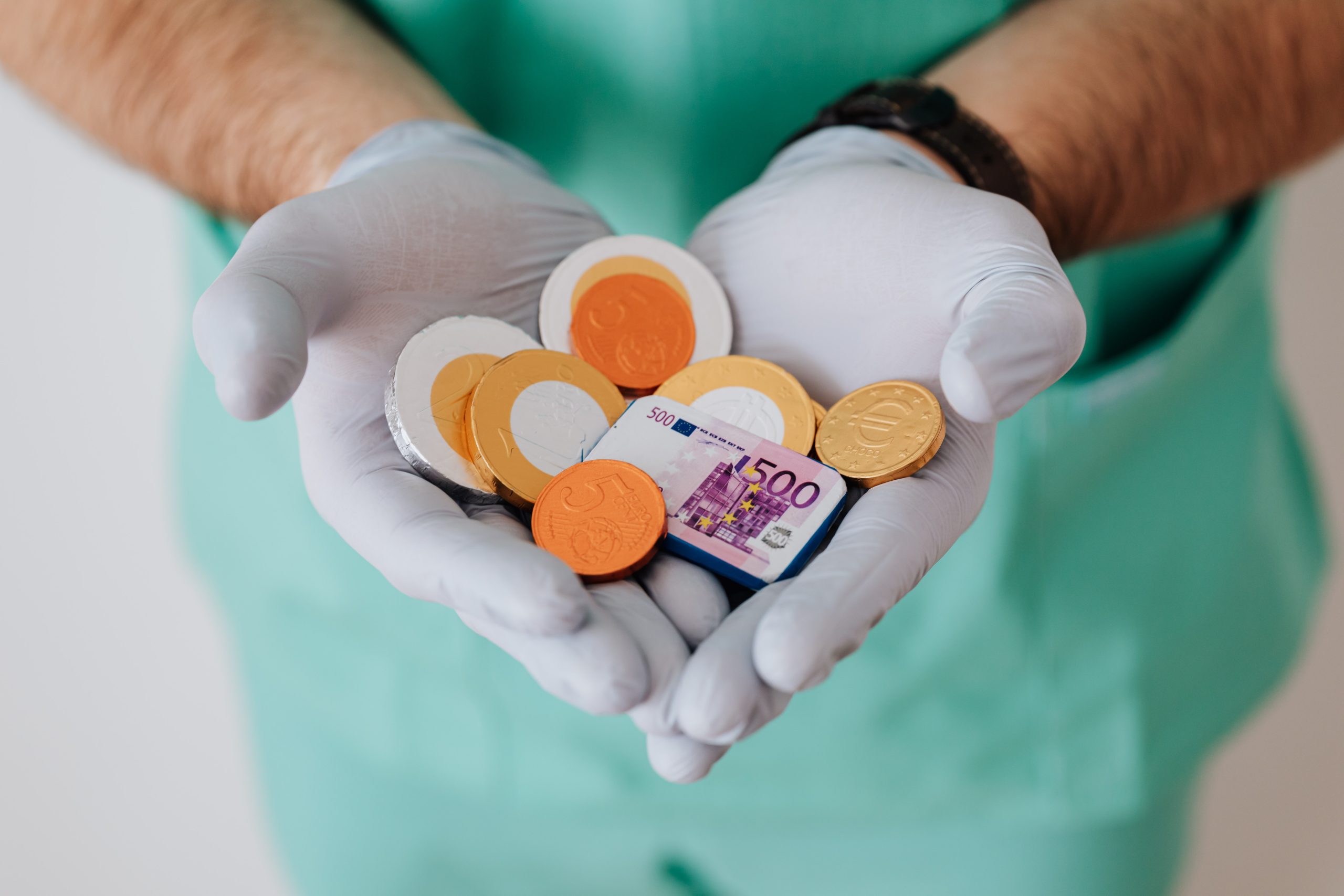 By JEAN FOLGER source from investopedia.com The term “personal finance” refers to how you manage your money… 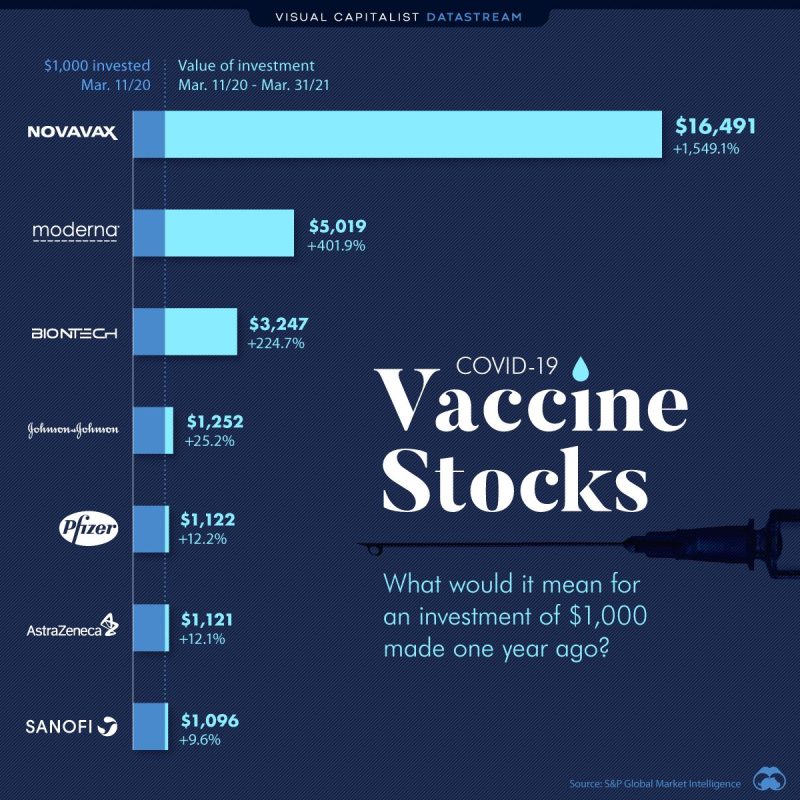 Vaccine Stocks During a Pandemic

01 February
Request your free call today
What does a call include?
Thanks for your request!